The Kingdom of Heaven Descends on Us

It is a great act of faith to believe that the Father truly hears our petition "on earth as it is in Heaven." Yet He does hear His slain Son's desire resound throughout His mystical Body, from highest heaven to this world's deepest abyss, and this desire stirs Him, so to speak, with great joy at all times and forever. This is why the Father constantly sends His Spirit through His Risen Word into the world. If evil is permitted in His paternal tenderness, it is only because it does not thwart the Father from revealing the immensity of His love - instead, through the Spirit and the Word, He constantly changes grave evils and terrible sorrows into new disclosures of Love's glory. Through the Holy Spirit, even betrayal, denial, abandonment and death are implicated in the coming of this Kingdom- and so we pray convinced that the obedience of Christ Crucified transforms every abuse and condemnation into gateways through which the reign of God descends upon us.

Despite the tender generosity of the Father and the priceless gift that He freely offers, many in the Church have failed to bear witness to the truth. For sheer lack of this wisdom, our society is succumbing to dehumanizing violence. Without a compelling Christians witness to what God is doing in the world, otherwise decent people make catastrophic mistakes at the expense of the innocent and vulnerable. We walk over the homeless and ask who their neighbors are. We glimpse the hungry and naked always from afar, but never close enough to see the Lord. Instead of offering lasting freedom to captives, our prisons overflow with disregarded social "problems." Despite what Christ preached with mighty power, have we let anything be fulfilled in our hearing?

A vicious societal irony pierces the Heart of God. Ecclesial leaders join media personalities to "condemn" children who marched for life even as they were assaulted by adults who abused, persecuted and exploited them for political purposes. Yet these same leaders fail to condemn the politically powerful who promote and celebrate laws ushering into our culture the most brutal and extreme forms of infanticide. This is not the first time a society has rejected His blessing, but the Father remains undaunted. 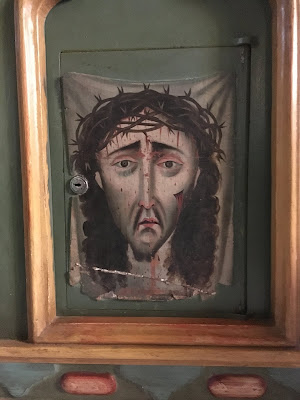 Into this abyss of confusion, the Father never fails to send the Spirit of Truth who, brooding over our brokenness, proves the world wrong about sin, righteousness and judgment. The powerful who stand against the Author of Life have brought condemnation on themselves and the Consuming Fire permits them the heartless culture that they have orchestrated. Those ecclesial leaders preoccupied with media spin have lost sight of Him who has ascended above the world and the Pillar of Cloud leaves them in the banality in which they take refuge. To the children, however, the Holy Spirit gives the Kingdom of Heaven: for abused and condemned they glimpsed the beatitude promised by their abused and condemned God.

Postscript: Some ecclesial leaders are offering apologies to the young people mentioned in this article and Bishop Barron has admonished us to be careful of scapegoating - here.  The astonishing glory of Merciful Love is the basis of our hope that Christ won for us. In this mercy, one always finds a new opportunity to repent and to make a new beginning. In this, the Spirit of the Father rejoices for whenever the human heart comes to its senses -- this gives God freedom to do something beautiful in our midst.