A Thanksgiving Reflection from a Monk of Mount Tabor

My father told me last night about his deep, deep sadness. He talked about all the things that he has lost in his life. He felt great despair and despondency Seeing his wife disappear and vanish before his eyes, only a shell of what she once was. He’s almost 98 now.

I reminded him of something he taught me long ago. When he saw such great difficulty Ahead of him keeping His failing business afloat, he remembered the words of Dr. Schuyler who said “do not think of the things you have lost, but the things you have left And be grateful.” At that time in his life, he was ready to give up, but upon hearing these words he had hope which renewed his strength to persevere.

Today he’s setting another example - he’s still learning as we are.  He’s not one to quit, yet everything now is out of his control and he must trust. His short term memory though is not as it once was, but his long term memory is solid, and he recounts the losses internally - making each day another mark on the calendar with the same daily “routine” distractions that give an air of “peace.” It is as if the elephant is really not standing in the room in a house of glass where so many stones have been hurled. Later, I thought of Time, what vanities we fill it with when there is only a little left for Him. I looked for something that crosses the canyon of frivolity and is truth that endures beyond death.

I looked for a Bible in his house and could find none. If only I could find just one... then he could flip the pages at least once a day, randomly place his finger on a page and verse and listen to whatever words are written there and allow them to mollify his heart. None on any shelf.... I kept searching and then hidden on a shelf in the back room, among family histories some novels and 200 year old books with missing and vermin eaten binding I found a Bible, opened it and found the name “ Andrea Hayward,” his mother.

His time is filled with distractions - daily movies mom watches (understanding little of the drama) the time he spends on the computer chatting with other lonely hearts he has never met, trying to “advise” everyone and fill an emptiness in his heart. Needing so much himself, his loneliness and loss cry silently within him.

Twenty minutes later, the movie favorite that he and his wife have watched together (at least 2-3 times a month over the last 10 years) ended. He recounted to me how he remembered the grim Nazi Brownshirts in Germany when he toured Europe with his family at age 15 in 1938. Three times, he told me last night,  he had hiked the exact trail taken by the VonTrapp family as they escaped the Nazis.

And be grateful for even the losses, the suffering they cause serves a greater purpose. Contemplate the depths of God’s great desire to draw us close to Him and allow Him to fill our emptiness, a void only His spirit can fill if we ask Him to, a “fail-safe” He created within us. This Thanksgiving, cling fast to what endures: Love.

A Monk at Holy Transfiguration Byzantine 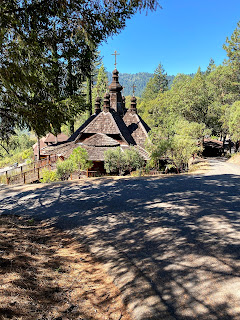 Monastery in Ukiah, California.
Posted by Anthony Lilles No comments:

Rages that terrible battle, in deep

Save under clouds of grace and glance as

Gains the dawn, this Day without End.

Born again, this Day without End.

Who rules Day and Night in power

You reign by faith's secret. That hope invincible

unmasks scheme's smirk, causes crowns cast down, all under

that Mighty Shadow once slain,

Alive again, this Day without End. 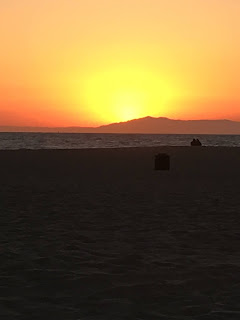 Off the edge of inadequacy, into that void,
I searched for Him
Who would vindicate and rebuild
What I destroyed.
Into the deep, that step
sliding down ravines of misery, abyss
swallowing, flooding torrents of chaos, self
Vanishing under waves of euphoric delusion and
Dreams dashed dead on reality's rocks -
Such shell shocked emptiness, entombed
All else in that ache for Him.
Deeper still I traversed crawling
those pathways unknown to unaided eye
To chance upon, to stumble into, to discover
that wall, that rampart, that impenetrable frontier
that no evil passes beyond -
O Boundary in which misery meets its limits!
O Circumscribing Periphery of Hope!
In that glance of goodness, making all things new
Such splendors as evoke awe,
radiant harmonies through all troubles shining,
In that Sun rising where spews alive -
Currents from deeper down bottomlessness
No one knew moved with such un-vanquished force. 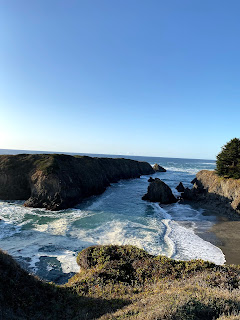 St. Elisabeth of the Trinity: that praise of glory

What glory this fiery creature bears

In the bottom of that bottomless Abyss

A radiance, not her own, but in her radiant being!

She knows well that secret cellar

Where unseen the Furnace of Love humbly

envelops and begins boldly her own loving flame:

As she passes into such ineffable Solitude,

Whose splendors evoke such praise!

But beckons she her friends with what wisdom

Wading into those depths

To sail, to plunge, to remain, to surrender

With her, that prey,

that communion of hearts,

That praise of glory!

(Thank you Kris McGregor and Discerning Hearts for providing a platform for St. Elisabeth of the Trinity's spiritual mission... And thank you for this beautiful video!)

The Heart of the Church 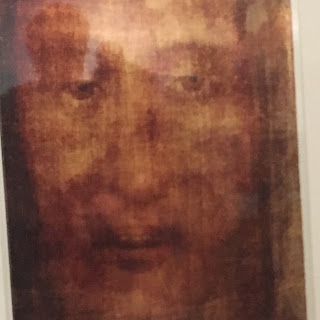 Much attention is rightfully rendered to the Head of the Church - Christ. But we need to ask, is the Head really the most important member of the Church? Indeed, the only devotion to "the Head" we have as Catholics is that "Sacred Head surrounded by crown of piercing thorns." What makes this devotion so beautiful is that the thorn-pierced Head suffered humiliation for no other reason than to keep the Heart of the Church above reproach. Christ sees His Bride as more important than life itself, and the Head oversees only that the Heart might thrive. The Heart, this gives life to the whole mystical Body - it is the place of encounter between God and man, the deep center from which spring all that is good and noble in holy humanity.  The Heart is the place of contemplation - where the love gaze of Christ is sketched into the very substance of humanity. It is the place from which alone acceptable sacrifice is offered to the Father. Every time we make the sign of the Cross, the heart is at its center as a reminder of this truth. Likewise, it is for the Heart that anyone who exercises authority as Head of the Church must act - or betray Him who bestowed the authority and power he has. For it was to make her holy and immaculate that Christ offered Himself on the Cross - and any power and authority he permits others to share must only serve this same purpose. For this reason, those great women mystics who help us hear the deep things of the heart of the Church may well be more worthwhile to heed than those who blather about their own  importance with reckless regard for why they have been granted such a treasure.
Posted by Anthony Lilles No comments: