It was at a dinner with radio talk show host Hugh Hewitt.  He mentioned in passing that people of faith needed to more vigorously engage the culture.   A couple years later, I called into his show to contribute to a conversation he was having about Mother Teresa.  He invited me to write an article which he posted on his blog.  The response of his readers helped me see that blogging affords a wonderful opportunity to encourage people in their relationship with God. 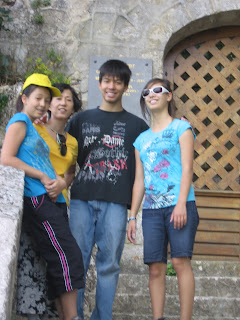 The son of a California farmer, I am married with three young adult children, one still at home in high school.This is where I have learned to pray - in the real trials and joys of family life.   Life is wild that way.  I find myself needing to write this blog on prayer because every day it is as if I must, by God's grace, make a new beginning in my own life of prayer.

Over the years, these efforts to begin to pray have unfolded into a journey, a search for God who discloses Himself to us in the hiddenness of faith.   In this quest, I have found that the Lord not only encourages and consoles, but He also questions and even admonishes - all of this because He yearns for a real friendship with each of us.  This friendship requires faithfulness and dedication, an ongoing struggle through all kinds of trials and difficulties.

God is bringing to perfection his work in us, but not really in a way that is easy to talk about.  Instead, failure and a sense of inadequacy are our frequent companions. But this does not surprise me.

What constantly surprises me is the remarkable ways God's love turns even our weakness into avenues of deeper communion with Him.  Beginning to pray is a spiritual pilgrimage which has made all the difference in my own life.  It is a response to the Lord's loving presence. Even a spark of desire for God begins a great spiritual pilgrimage - and these reflections are meant to be a little simple encouragement from one pilgrim to another.

After walking El Camino de Compostela in 2014, we moved to California where I serve as Academic Dean at Saint John's in Camarillo and Academic Adviser for the men at Juan Diego House.  I also teach spiritual theology in the graduate program of at the Avila Institute of Spiritual Formation.

About this Blog's Title 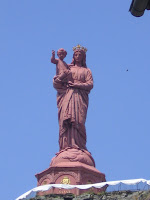 The title for this blog comes from a book by Anthony Bloom who was an avid reader of the Fathers of the Church and knowledgeable of St. Athanasius' Life of Anthony.  Athanasius, a 4th Century Bishop of Alexandria, was formed in the faith by the first Desert Father, Anthony of Egypt.   His book recounts how, after having dedicated his life to prayer and solitude, St. Anthony would encourage Christians to renew their dedication to prayer and the discipline of our faith every day as if making a new beginning. Metropolitan Anthony Bloom of the Russian Orthodox Church resonated with this thought and confesses in his book that he could only write about beginning to pray because he himself was only a beginner – he found that he had to begin to pray each and every day.

In the 1960s, he put his lectures on this theme together in a small book called, Beginning to Pray.  I read it when I was ten years old at summer camp sponsored by Mt. Hermon Christian Conference Center in the Santa Cruz Mountains not far from our house.  I did not know the difference between Orthodox and Catholic -- but in the mid-seventies, to have a bishop quote and explain the Scriptures in a spiritual way… well, it fed me with the truth and made all the difference at a critical time.

Although the Metropolitan was not Catholic, I remain so very grateful to him because he helped me enter into a deeper relationship with the Lord and to make a new beginning when I was discouraged.  In a certain sense, this blog represents my feeble effort to stand on the shoulders of this spiritual giant and extend his effort to get souls to pray - so that Christians of the 21st Century might be encouraged like I was.

The way God offered the gift of prayer to me


Very early in my life, I felt drawn by the presence of God to pray.  It seemed that religious life and the priesthood would be the right way to go.  I went through a pre-theology program at Franciscan University in Steubenville, Ohio and tried religious life.  Yet God had other plans. The vocation to teach prayer and the spiritual life unfolded gradually. 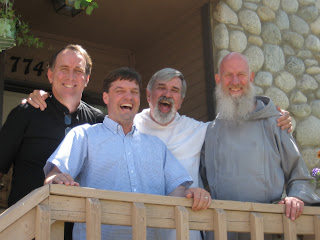 After I went back into the world, I was in a lay community in Santa Cruz, California which carried out apostolates to the poor and mentally ill, the St. Francis Soup Kitchen Community.  Members of this community lived a radical life - prayerful, ascetically, and impassioned for the truth - a life totally given to God.  Following the example of St. Maximilian Kolbe, the martyr for love in Auschwitz, we consecrated ourselves to Jesus through Mary - an act that I would repeat with a group of lay students in Rome.

The inspiration to go to Rome came from Saint John Paul II whose dynamic love for the Lord inspired me to follow his footsteps and to study spiritual theology at the Angelicum in Rome. This opened up the opportunity to study under some great teachers, including the Dominicans Father Aidan Nichols, Father Simon Tugwell, Father Giles Dimock, Father Basil Cole and Father Jordan Aumann.  My own research focuses on Carmelite spirituality, especially the writings of Blessed Elisabeth of the Trinity whom Saint John Paul claimed as among the most influential French mystics in his own spiritual life. 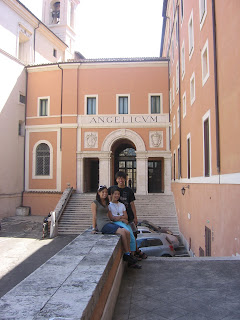 There is something fascinating about the experiential wisdom of  the Carmelite mystics.  The poetic modes of expression they employ incline the heart towards a taste for divine things and stir deep desires for solitude and silent contemplation.  What is it in their wisdom the moves the Church in this way?   Blessed Elisabeth of the Trinity has been especially important in helping me understand and begin to answer this question.

This search has also provided ample opportunity to research many other schools of spirituality - and I am constantly coming across new treasures.  It is difficult to study this kind of literature, much of which is the most beautiful ever written, without frequently being drawn to prayer and challenged to change one's own life.

My research gravitates towards a kneeling theology, where explanations flow from and lead to adoration, the total surrender of one's very being before God. The great saints witness how meaningful prayer flows out of a theology that suffers the wonder of God's love.  Indeed, there is a great need for theologians who are passionate for God and live lives dedicated to the truth, to prayer, to conversion of life and to the mission of the Church– and by God’s grace, this is what I strive to be and what I aspire to impart to my students.   The postings on this blog often derive from my lectures and conversations with the remarkable men and women who have endured my ramblings through the years.  It is dedicated to everyone who longs to begin to pray.