We must free the Mass because the sacred liturgy of the Catholic Church has been held hostage by incoherent and inconsistent governmental policies. Compared to stores, restaurants and airlines, places of worship are often treated differently. These policies, however incoherent in relation to actual public safety, align as are part of a worldwide erosion of religious freedom. Indeed, there is an irrational fear of faith in which religion is seen as a threat rather than an asset for a community.  The marginalization, dislocation and persecution of religious people marks the times in which we live to the extent that this new callousness threatens the whole human ecosystem, a global climate of hearts goes cold. A government, no matter the nobility of its purpose, dehumanizes its population whenever it attempts to impede the exercise of this most basic right.  To free the Mass says to the world that the freedom for public worship is a basic right, a debt society owes its people because human dignity cannot have it any other way.

Prayer is the most essential human activity and public worship as a people gathered together is a vital part of our social life. That is, when we pray together, something about the mystery of our shared humanity is set free and realized before God. Is it not true that our sense of solidarity with each other has ebbed away the longer common worship has been denied us?  Fractured and fragmented, only as we turn together and worship God will we also discover again the respect we owe one another. Until then, we are subject to the rantings of personalities so occupied with self-loathing shame that even a neighbor's kindness is regarded as a demeaning threat.

(As an aside, among those who see religion as an obstacle to social progress, I keep reading that history belongs to the victorious. No. It belongs to God. Because His presence is with us, it is never the politically, culturally or militarily powerful who determine history in the end, but always the brave and God fearing. Under the providence of God, those who are courageous in their faith define history even if against the cowardice of overwhelming mobs and abuse of governmental power. History is left to lesser men to write about, a project that measures their efforts against the greatness of what God has done. What cowards write is not history, but an exercise in magical thinking and self-justification. As for what is history and what is magical, good students know the difference.)

The profound need to worship God is why history is filled with societies in which life is not so much about physical survival, but instead religious practices. Meaningful societies have always been formed for something more than producing and consuming, or securing and controlling material goods - as if the most noble truths of humanity are advanced through merely profane efforts or self-interest. Instead, a great society allows religious people to foster a sense of life beyond health, wealth and self. These are blessings for which to give thanks, but they are not meaningful enough to bind long a society of hearts. 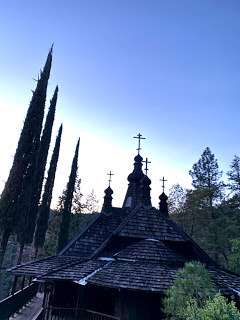 We need to go to Church and worship God as a people - the salvation of the whole world depends on it. Every true culture is always built around sacred space, a place of prayer and reverence, where a soul discovers awe before the majesty of God and the gift of life. The Church realizes this as the mystical body of Christ - at once on earth amidst the world of men and in heaven before the Father. The work-a-day world of a great civilization is interrupted by the frequent observance of sacred festivals where the affairs of man are subordinated to the things of God. For Catholics, this happens weekly on the Day of the Lord and the Mass is the source and summit of this solemn day of joy. Not for sentimental and nostalgic moments, not to find an escape from the travails of existence, but to work in union with God to bring sacred order and holy purpose into the chaos out of which creation issues forth, to find together that freedom from all that would compromise dignity and integrity, to stand as one before the gates of death with certain hope, and to offer in a single solidarity the praise of glory unseen yet shining forth in this short life we share together

The River - inspired by a poem by St. John of the Cross

To approach the living God requires a journey to the deepest center, to the very Spring from which all things come. No matter where we are, we can find the river that flows from this Spring. Yet, to be answered, we must ask; to find we must seek, to have laid open, we must knock. These are the steps of a great journey, the journey of a beat up and destitute beggar whose only hope is in the goodness of that Neighbor who passes by. Should we persevere, the River that makes all things new is ours, flooding even those steep banks that were once thought too high to be immersed.

This river of Word and Fire flows through the heavens. Revealing all things and setting them on fire, it flows through all space and time in this world below. It's light and warmth flows forsaken, deep below this world, even in those places where all love and hope is ever forsaken - and still it flows for this is not the last word about humanity. Overflowing into this present moment, even as you read this text, a fullness of meaning and life gushing forth unimpeded, never aging always new, the only new thing in this tired out world, making new all things, with a deep down cool freshness. Hidden under the veils of bread and wine, this Body and Blood feeds, nourishes, satisfies, quenches, inebriates until Spirit-filled the spirit of man must needs offer that spiritual worship that only a bodily sacrifice can achieve.

Woe to those who, believing faith to be some private affair, dare to place unveiled glory under jars of acceptability. Woe to those who mindlessly accept the absolute claims of a governmental power and cowardly render to a social agenda even that which belongs to God. Woe to those who for fear of mere bodily harm neglect those matters of the heart for which we exist. 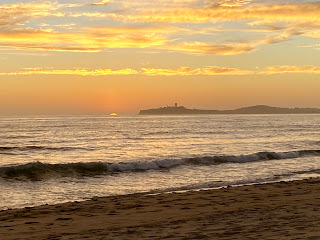 The Holiness that interrupts Time and Space - what is essential 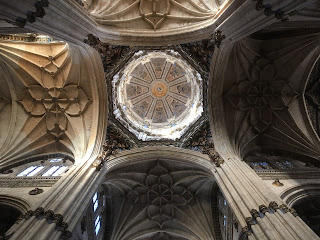 Those who believe that religion is non-essential can live only half-lived lives. Their existence is limited to a reduced sense of place and time.  They live with a sense of linear progress, but this is always toward an unknown nexus. Blind to the truth about themselves, they are privy to a host of self-contradictions each a fall into deeper alienation not only from the rest of humanity, but even from one's very self.
Those who approach religion as non-essential  worship the works of their hands because their sense of space or time does not allow for anything else than what they manipulate, produce or consume.  Man becomes what he worships - and if he does not worship what is holy, he becomes profane - and while the holy also know the profane, the profane cannot see the holy. And so what is truly religious, truly essential, is written off as "non-essential" while what is secondary to our existence - those things under our control - becomes absolute, the essential value for which all else must be sacrificed.

This is why the are two different ways of living in time and space today. Scholars of comparative religion tells us that those who settle for a merely secular and profane existence possess a homogenous sense of time. We can agree with this insight even if the non-religious man cannot maintain the purity of this way of existing without falling into self-contradiction. He endures duration enslaved to productivity and consumption of goods, not free to rise above merely banal survival, even as he is haunted that life must be something more. Whether through their producing or consuming, the measurable and quantifiable establishes the homogeneity of daily existence and the tedious sameness of it exhausts the human spirit and frustrates its most noble desires.  When the only reference point for progress is the produceable and consumable, that is to say the quantifiably, measurably and predictably useful, life is entrapped in a two dimensional plane, a plane of duration and space that is merely material.

There is another sense of place and temporality that is not homogenous. Scholars speak of the religious person as living in a world of non homogenous time - where profane banality is interrupted by the sacred's inexhaustible treasures.  While some might try to manipulate what is holy in an effort to get results, one's own existences is broken against Divinity's immutable otherness until one's blasphemy repents in adoration or fades into despair. The religious man is someone who suffers what is most true about himself and the world, and chooses not to despair.

The religious man realizes that to step into a holy place is to step out of the day to day routine. In those places that are sacred, one ascends a hidden mountain toward which all temporality flows and one descends into the deepest center out of which the space and duration needed by living things springs. As anyone who has ever fed from the Eucharistic feast and drank the mystic wine flowing from the Cross well knows, to consume the sacred is to be consumed by it -- and only those who dare to be immersed in these realities ever rise to the fullness of life that humanity was meant to know.